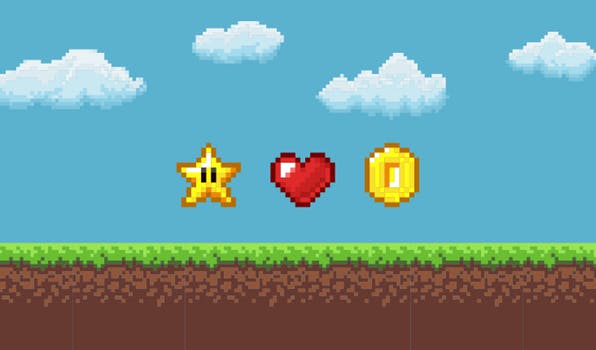 Old-School Gamers Quiz from Offer 100% correct answers. Complete your quiz offer with 100% accuracy and get credited.

Quizzes are constantly updated. New questions are added and answers are changed. If you find any questions that are not present here or if your score was not 100% with the answers on our site, please let us know in the comments section below or through the contact us form. We will update the answers as soon as we can. Don't forget to include the link of the quiz you encountered.


Click On The Button Below Each Question To See Answer

Q 1. What company has this as their logo?

Q 2. The yellow figure in this picture shows which video game star?

Q 3. These pieces are part of which famous game?

Q 4. The green mushroom is good for Mario because it means he gains what?

Q 5. The red mushroom helps Mario because it allows him to…

Q 7. In the popular 1985 game Paperboy, the player’s aim is to successfully deliver what to subscribers on a bike?

Q 8. Which disaster is not available in the original 1989 Sim City?

Q 9. In which popular and commercially successful game did players have to defeat descending aliens?

Q 10. Which 1982 video game, awarded “Coin-Operated Game of the Year” was also based on the movie released in that same year?

Q 11. Which legendary fighting video game franchise is known for its “Fatalities” and introduced characters such as Johnny Cage, Raiden, Scorpion, and Sub-Zero to the world?

Q 12. Which character is the main protagonist in The Legend of Zelda?

Q 13. Spiders, scorpions, and ants! Players defeat these critters in this 1980s video game. But perhaps their biggest enemy is the wriggly insect winding down the playing field! What’s this game called?

Q 14. Which game is considered the highest grossing arcade game of all time?

Q 15. Which strange orange character hops on a pyramid of cubes to change their colors, all while avoiding a variety of obstacles and enemies?

Q 16. Which 1993 first-person adventure puzzle, released for Macintosh PCs, was a surprise hit and the best-selling PC game until 2002?

Q 18. Which game, second in a beloved series, was the most popular American-produced video game of 1982 and featured a female character?

Q 19. In which game, developed by Konami in 1981, did players have to manuever frogs across a busy highway and then through a treacherous river?

Q 20. The first home video game console was released in 1972. What was it called?

Q 21. This rail shooter was Nintendo’s first game to use the built-in Super FX chip and made 3D graphics with polygons possible! What was this revolutionary game called?

Q 22. What popular football game series was released in the early 1990s and featured a bird’s-eye view instead of the more characteristic closer top-down or side view?

Q 23. What was the first successful handheld game console called?

Q 24. In which fighting game, introduced into arcades in 1987, could players play as Ryu or his American rival, Ken?

Q 25. In this infamous game, released in the early 1990s, a space marine fought sinister creatures in three nine-level episodes. What was this game called?

Q 26. In Konami’s Castlevania, players take on the role of Simon Belmont, a descendant of a family of vampire hunters. What item does he use as his main weapon?

Option:-
A flying hat
A slingshot
A whip
A cross

Q 27. The beloved game, Donkey Kong, was created after Nintendo failed to pursue the license to create a game based off which comic strip?

Q 28. Which statement below is false?

Option:-
Berobero, Mavis, and Blue are all Pac-Man ghosts
Clyde and Blinky are sometimes swapped
Yum Yum is red and wears a white bow
Dinky is yellow and wears a propeller beanie

Q 29. Which fact below is true about Street Fighter’s Ryu’s birthday?

Option:-
It was the 26th Tuesday of that year
The number-one hit song in the U.S. on his birthday was I Get Around by The Beach Boys
Written in Roman numerals, Ryu’s birthday would be: XXI.VII.MCMLXV
The last Dutch whaling ship was sold to Japan

Q 30. Unscramble the words below and choose the correct “family” that Sonic the Hedgehog belongs to!

Back to Top
Close
close